Hats off to Barcelona and my favourite player, Xavi – you may remember I raved about him during the World Cup and once again he made me giddy watching his magicianship (made up word!).  I could see what was going on but I still struggled to understand how a very good team was made to look like a bunch of primary school kids chasing a ball that never stood still.  Nobody in the Man U team came even close to matching the skill and passing ability of every single player wearing the Barcelona shirt.  The only Englishman who can compete at this level is Paul Scholes but unfortunately he’s right at the end of his career.  Giggs and Carrick were no match for the Spanish masters and I very much doubt a fully fit Fletcher could have made a difference.  Even Keane, Robson and Nobby Stiles in their prime would have struggled.  Perhaps the biggest disappointment is Man U featured only three English players while Barcelona were jam-packed with Spanish geniuses.  All of this might lead you to conclude that England over achieve at international level. 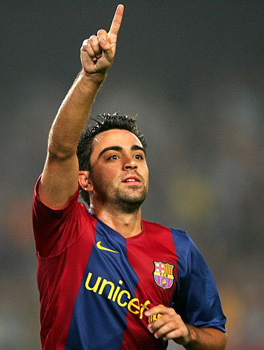 Is anyone who goes for a Super Injunction a twit?

It really didn’t need a bunch of twitterers to expose Ryan Giggs, it was common knowledge already.  As a public figure you have got to expect to be exposed if you misbehave although Edwina Currie and John Major did manage to get away with a sneaky affair (probably my favourite affair of all time) until Edwina exposed herself!  Apparently Twitter are willing to give up the details of people who break the law so my advice to anyone planning to dish the dirt is to use made up personal details when they sign up from an internet café a long way from where they live.

One good thing to come out of the whole thing is this chuckler. 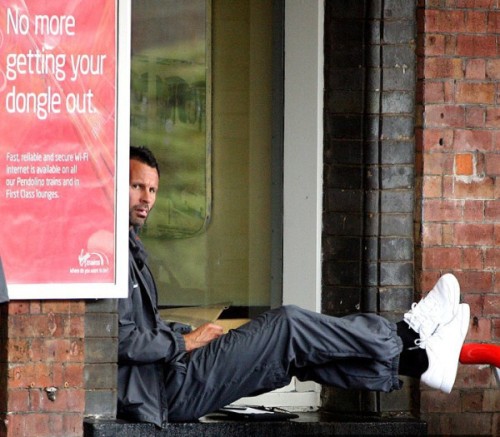 All girls called Beatrice are great and this pic proves it.  Together with the cart-wheeling verger, Beatrice’s hat was the star of the royal wedding and even better she raised £80,000 for charity by selling it in an online auction.  Respect. 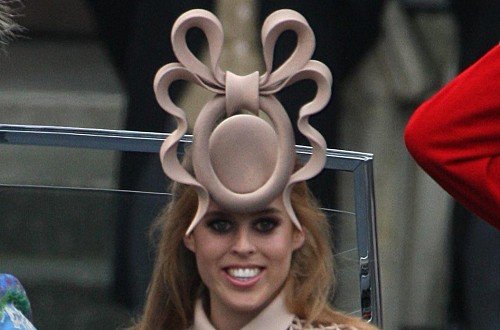 Strange one this, everyone I speak to has diametrically opposed views.  Their cup is over-flowing or barely contains a drop.  I have Arabian Business delivered to my inbox twice a day and everyday there are major contradictions; someone bringing another 100 restaurant chains to the UAE (Landmark and Bin Hendi) while elsewhere restaurants like Tang at Le Meridien Mina Seyahi are closing.  My instinct is that the market is over-saturated and there will continue to be deals a plenty.

I studiously avoid getting involved in any hand gesturing when driving but given recent events I am nervous of being falsely accused in a game of my word against theirs.  I’m from the sticks and stones camp so if the mood takes you please free to make a rude gesture at me rather than trying to run me off the road.  The only self-preservation tactic I can think of is to get my retaliation in first and complain about everyone driving Nissan Patrols just in case they make a complaint against me.

Why are pirates called pirates?

I took the girls to see the new Pirates of the whatever the latest one is called movie the other day.  Opportunity knocked when the projector broke down during the ads.  I desperately wanted to keep my fellow movie goers entertained with my very funny pirate joke but was forcibly restrained by Florence and Beatrice.  Shame, I could have made a lot of friends and kick started my career as a comedian.

Quick review, dull, dull and thrice dull.  My girls however gave it a big juicy 8 while persuading me to add an extra 1 to my mark . . . so it’s a 1 from me.

The one good thing to come out of my Mall of the Emirates expedition was the purchase of a shiny, brand new iPad2 – I happened to show up in Virgin 12 seconds after a new batch of iPads arrived and got the last one.  It’s a serious bit of kit, very sexy, however if I had seen the BBC programme on Super Brands before I bought it there is no way anything Apple would have made an impact on my credit card.  The programme showed a huge queue of people caught up in an evangelical fever waiting for a new Apple store to open.  I concluded Apple is an extremely creepy company who want to control the world – or as one very astute student said, Apple is the sort of person who invites you to their birthday party and then controls what you are allowed to see and do.

Very sadly more heroes have died in the last week.  Firstly Gil Scott-Heron passed away, he was widely acknowledged as the godfather of rap and as a poet and songster he was right up there with the best of the best.  Most Famous for The Revolution Will Not Be Televised, Check out Me and the devil, absolutely spell binding.

I also read a really sad piece about Tom Daley’s father dying of cancer at the ridiculously young age of 40.  What made me especially sad was that father of Tom was not one of those obnoxious, pushy dads, he was simply Tom’s biggest supporter.  Come on Tom, win a gold for your dad (and Plymouth!). 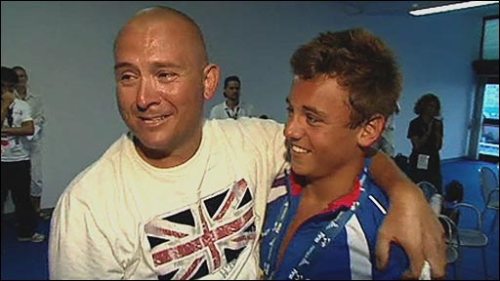 In the week my Olympic tickets didn’t materialise here is my top 5 seen-on-TV (some were films!) performances on the track.