It’s a bit on the toasty side to write a proper blog this week; sorry!  Brigglar hit a drive past me on Friday and I’ve been too ashamed to be seen in public since.  Fortunately the News of the World has been consigned to the dustbin of history (and hasn’t been re-cycled as The Sun on Sunday – – – yet!) so I won’t be named and shamed in front of scandal-seeking Brits with nothing to do at the weekend.

Five things to do when you are grumpy!

If all of this fails sit down and have a nice cup of tea!

As recommended by Camlar of “Micky has never got within a hundred yards of my drives” fame, give Chase the Enemy a watch and look out for cousin of Cam on rhythm guitar (Tom Bellman).  I always wanted to be the singer (and lead guitarist) in a rock and roll band so good on them and best of luck.

Can anyone explain these headlines?

I receive the Arabian Business round-up to my inbox twice a day and I’ve had a worrying tendency to always believe what I read.  Here are three recent examples of my urgent need to wake up and smell the M&S tea.

Dubai-based master developer currently has 522 berths, 50% of which are still unsold

Headline
The speed limit on the main Abu Dhabi to Dubai highway will be cut to 140km per hour from Sunday.

A decision by Abu Dhabi traffic police to reduce the speed limit from 160km per hour was announced last week and will be enforced on Sunday, UAE daily Emirates Business reported on Saturday.

What were all of those signs saying 120km all about?

Did Rory choke or was he pushed?

I’m a huge fan of Rory McIlroy and even after he unravelled on the back nine at The Masters I still think he is a golfing genius with a swing to die for.

This bit from The Telegraph (take note David Faulkner) made me chuckle.  For all the suddenness of his elevation to golf’s aristocracy, there is still an endearing touch of the tear away about McIlroy.  His resemblance to Dennis the Menace is so striking you half-expect him to have packed a pea-shooter alongside his seven-iron. It is more than skin-deep, too: on the eve of the Masters, the young scamp had to be told off by an Augusta neighbour for playing football too loudly outside his rented house.

While on the subject of top sportsman I enjoyed Andy Murray trying to be grumpy for Red Nose Day.  Tough going when you’re being assailed on all sides by the cast of Outnumbered.

How to lose friends and alienate people

Being a partner of the Olympics must bring many benefits but in my opinion Visa has got it horribly wrong.  By all means feature added benefits from paying for Olympic Tickets with Visa but it’s a shocker that they only accept Visa.  They then compound it by telling us that they are proud of giving you one option only.

We are proud to accept only Visa.

BRIC is now BRICS as South Africa becomes the latest country to join the grouping that are gearing up to put an end to America’s dominance of the world economy.  And no, the B doesn’t stand for Britain, we had our turn in the 19th and early 20th centuries.  The countries about to take centre stage are Brazil, Russia, China, India and South Africa.

The age of digital hasn’t quite arrived yet

For the many of us who have become obsessed with the digital age citing Facebook and Twitter as being at the forefront of the regional unrest across the region I learnt a thing or two from Faisal J Abbas during his interview on World Service.  Faisal is a Saudi living in London who writes a very informative blog.  One of his points was that Al Jazeera (one TV station) is watched by around 40 million people across this region, about the same number who are connected to the http://www.  Also Yemen and Syria are a very long way down the list of connected countries.  He also reminded me of one of my favourite, but long forgotten, sayings: Reputation arrives on foot and leaves on horseback.

When to give up

I loved MG and longed to own an MG GB GT (or whatever the sporty one was called) but unfortunately the brand became so tarnished that they should have kept it out of its misery.  Instead some misguided people from China are having a go and instead of recreating a heritage brand they have decided to go mainstream and compete against the Ford Fiesta.  No cigar.  VW show how to refresh the parts of a brand that other manufacturers cannot reach with their latest incarnation of the Beetle.

For those of you that watched the brilliant Heathrow ad, T Mobile have come up with another wonderful creative that is also right on the topical money.  They did a bit of borrowing from an actual wedding that went viral and then splashed the cash and added a big dollop of brilliance to create the ultimate Royal Wedding video.  As Coke once said, enjoy!

Still on the subject of the Royal Wedding bad news for Queenie, apparently they are treating Will and Kate’s coming together as a dry run for her funeral.

According to my teenage girls I’m miles off the pace when it comes to You Tube classics.  This one made me laugh and laugh to the point of lots of tears.  45 million views, wow (and then I remembered that’s how many people watch Al Jazeera everyday).

Tips of the week

I wish I could do a film review but I haven’t been inspired to go for a while.  Any recommendations very welcome.  Fortunately there is some good music to get into although I don’t think I will please any of the people any of the time with this week’s choice – Yuck (I liked the name).  It all comes at you with through a wall of fuzz, sort of Strokes with a bit of punky attitude.

My wife has just pitched in with a recommendation to visit the Farmer’s Market at Souk Al Bahar, Friday’s 10 to 4 p.m.  Sally returned with a big bag of fresh produce for a bargain basement price including a punnet of caterpillars that turned out to be mulberries.

All comments and random thoughts welcome.

Some people believe that website advertising doesn’t work and indeed it’s pretty easy to install ad blockers.  For advertisers the good news is you only pay for impressions (people who see your add) at worst and click-throughs at best (people who click your ad to find out more).  There lies the beauty, if you want to know more the information is instantly available – unlike with a TV ad, billboards, radio and newspapers/magazines.

One such ad that caught my eye was for Virgin broadband in the UK – 10Mb fibre optic connection for £5 a month (AED 30).  I’m paying AED 349 for a connection speed which usually gets edged by a drowsy snail and often cuts in and out.  Introducing competition has made a small difference but hopefully prices will head south sooner rather than later.

Someone has been pecking at my precious toms!  According to my wife there is someone in Dubai searching for a solution, his last attempt was strategically placed rubber snakes which failed. 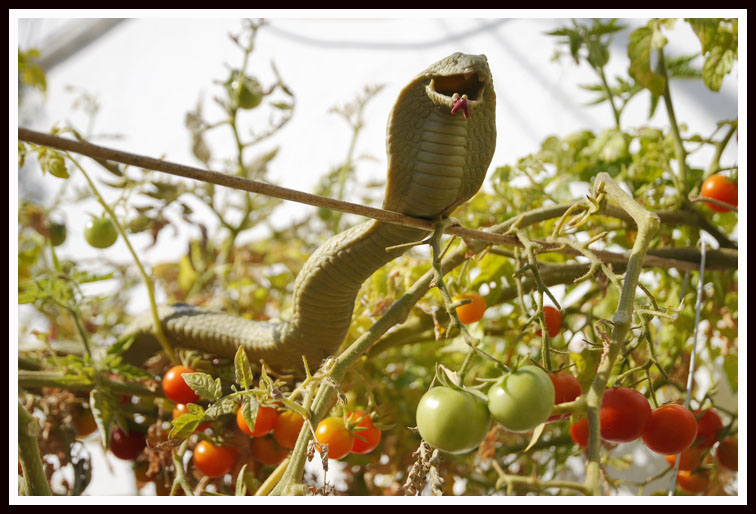 Sorry, the King of Barking is Mohammed Al Fayed

After my last blog I was inundated with entries for maddest of the mad.  I thought I had all of the bases covered but then along came the former owner of Harrods and it was game over.  Al Fayed has had a statue of Michael Jackson erected outside Craven Cottage home of Fulham.  “Why is it bizarre?” he said after the unveiling. “Football fans love it. If some stupid fans don’t understand and appreciate such a gift they can go to hell.  “I don’t want them to be fans. If they don’t understand and don’t believe in things I believe in they can go to Chelsea”.  While on the subject of Chelsea reappointing Terry as Captain of England strikes me as the act of a madman, take a bow Capello.

Some of you who have been here a while will remember a classic side of a building ad for Nivea which was up for about a year on Sheikh Zayed Road and showed two women with the headline ‘more moisture, more pleasure’.  Cue lots of giggling amongst the boys.  It took a while but Nivea has been trumped, I was driving along Beach Road the other evening when I saw this classic for L’Oreal.

I’m not sure whose brand has been extended here but the people running Pepsi and Karl Lagerfeld must be mates with Al Fayed or the marketing team behind the HSBC sale.  Stupid idea, stupid execution.

Newcastle United manager Alan Pardew is standing by midfielder Joey Barton following his outspoken comments this week in the French magazine So Foot.

The 28-year-old said that he was the best English midfield player and that he will not sign a new contract for his club until they prove their ambition.

Pardew told BBC Newcastle: “Joey is an opinionated person and that isn’t a problem for me.  If you had people without opinions, without that maverick streak then you wouldn’t have talented individuals,” he added.

Joey, George and Eric, hmm, let me think, who is the odd one out?

My mate was over from England last week and we had a good old talk about music.   For every person that is prepared to pay to download music there must be at least two who grab it off the internet for free – you know who you are!  I’m wondering if rapidly falling record sales is the reason behind more and more bands reforming or do rock and rollers find it impossible to hang up their amps.  The latest three bands to reform are The Smiths, Adam and the Ants and Blancmange.  I wonder if you can guess which of these three bands has a pride of place in my record collection.  See below for a bit of vintage Adam to lead you off in the wrong direction.

Some classic comments from the red table

This week I sat on the red table with the gals.  To be fair most of the time they talked a lot of sense but just occasionally they came out with some startling revelations or complete bunkum.

First up I was reminiscing about my old headmaster at primary school, a fearsome fellow called Mr Taylor who every week at assembly did lost property. His favourite ploy was to hold up a sock and ask who had lost a left sock.  Scarred for nearly ever I used to think you had left and right socks but was always too afraid to ask which was which.  Much later in life I discovered that I had been a dork however Eve listened attentively to my story and retorted with, sorry there are right and left socksand proceeded to search the web for proof of which apparently there is plenty (Editor: Keith “Fashion Guru” Prosser – you can purchase yours here or here).  I’ve just remembered that Mr Taylor used to make any boy forgetting his PE kit wear girls regulation green knickers for the PE class, bit mean but very funny.